Currently in the Studio (Tigersonic) recording new material including a fab sounding new album - watch this space! And check carolinetrettine.com for updates as well 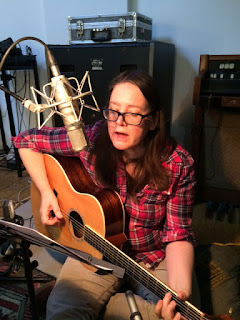 Caroline Trettine, a former singer-songwriter with The Blue Aeroplanes, achieved cult success with her record    ‘Be a Devil’ in the 1990s, on Billy Bragg’s ‘Utility’ label. She has had an eclectic journey through music. Though a mainly acoustic artist, she worked closely with hip hop at this time. In 2001, she released her second album, ‘Ten Light Years’. It was produced by Richard Bell (The Blue Aeroplanes). In 2005, Trettine released her third album, ‘Trail in the sky’ on Oporto Records run by Spencer Roberts. Caroline was then invited by Spencer to join The Winnebago Orchestra with whom she made two CDs – ‘Fifteen’ and ‘Born in the sun’ – on the Tuition imprint of Schott Music, in 2006 and 2008. At the same time, she started up a poetry band Mirabeau with Richard Price (a novelist and poet) and Ian Kearey (The Blue Aeroplanes, Oysterband). They played at the Edinburgh Festival and The Centre for Contemporary Arts, Glasgow, releasing their first album ‘Golden Key’ in May 2011. In December 2011 came her album – ‘Tears’ – mixing sonnets, blues and Lorca’s deep song. In 2014, Caroline released ‘Gay demo: field recordings from the audio underground’. Always open about her sexuality, she created a work of art that encapsulated her experiences of the lesbian and gay community. The 2nd Mirabeau album ‘Age of exploration’ was released in 2015.

Since 2004 Caroline has written a number of solo chamber musicals, two of which – ‘The Silver machine’ and ‘Learning to walk’ – she performed at the London fringe theatre, The Rosemary Branch, in 2007 and 2009. Caroline has also written modern classical pieces: a string quartet – ‘My mother’s war’ – in 2010, a guitar quartet – ‘The Love bridge’ in 2011 and ‘Conversations with Ian’ a cello-violin concerto in 2012. 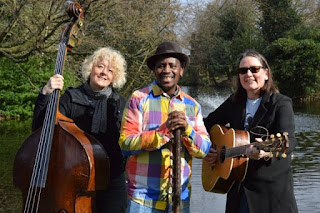 ‘Like [Sandy] Denny, Trettine hovers over great melancholy with an almost detached air that only cuts closer to the quick’ **** Martin Aston, Q Magazine

‘Caroline has pursued one of the most interesting and engaging of paths in music with a vision that is as eclectic as it is heartfelt, you would do well to follow her’, Doug Darcy

Here is a link to the first Sound Cloud track from KORAL SOCIETY - ENJOY! More to come!


Off to perfect the Koral Society album at Tigersonic

Joined Mosi Conde at Green Note on Saturday 28th November to preview Koral Society with 2 superb songs - Sleep with Me and The Water is Wide ... The event was sold out with a very appreciative audience!

Here  for the record is the venue facebook link: HERE

KORAL SOCIETY ARE RECORDING THEIR DEBUT ALBUM - CUTS SO FAR ARE ABSOLUTELY BRILLIANT AND BEAUTIFUL ... WATCH THIS SPACE!

THE VORTEX - WAS IN MAY .... PREMIERE PREVIEW OF WATERS WIDE ALBUM FORTHCOMING SOON! 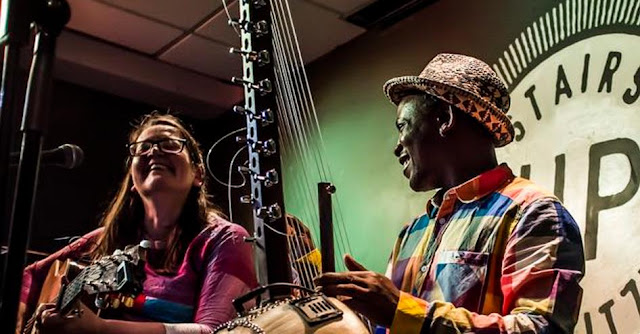 THE EVENT ON SUNDAY 23rd AUGUST - UPSTAIRS AT THE RITZY, BRIXTON WAS BRILLIANT - HERE IS THE REVIEW FROM THE MARVELLOUS SQWZL.COM

AND HERE IS A SUPERB YOUTUBE CLIP FOR MIRABEAU. ENJOY 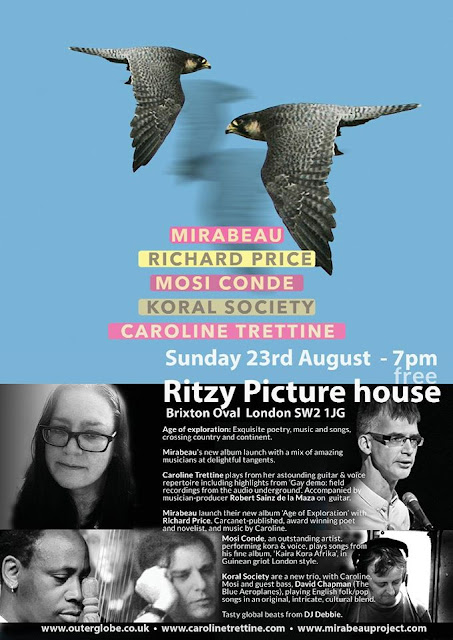 
DEBBIE OUTERGLOBE HOSTS AND PLAYS TRACKS IN BETWEEN THE SETS  AND IT IS FREE!!! 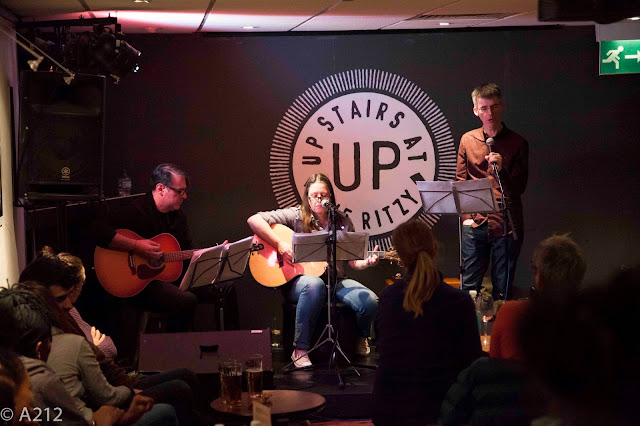 Building up to the next events here is a clip setting the scene for GAY DEMO, Caroline Trettine's latest CD that is beautiful and illuminating. 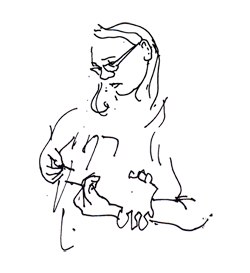 Caroline Trettine, a former singer-writer with the Blue Areoplanes, achieved cult success with her record 'Be a Devil' in the 1990's, on Billy Bragg's 'utility' label. She has had an eclectic journey through music e.g. songs, beats, strings, musicals, rock, folk and poetry. Always open about her sexuality, she has created a work of art that encapsulates myriad experiences of the lesbian and gay community. She combines Sappho and Lotte Lenya, a grown-up artist, performing authentic unplugged folk-cabaret. Her imagination visits the rich inner worlds of the LGBT family, trans, lesbian, transvestite, still marginalised in many countries, despite acceptance in the West. 'Gay Demo', recorded in first-takes in a day, is what it says on the tin: personal statements in song, about gay life in all our brave rainbow colours

UP!!DATE: The event Upstairs at the Ritzy was so successful we are invited back on Sunday 23rd August! Peak time!!
Mirabeau's NEW ALBUM will be launched at the event and Caroline Trettine & Mosi Conde will share further fine duets

Here comes Gay demo: field recordings from the audio underground, that took a lifetime to form, 2 months to write and a day to record. It says what it is on the tin: it speaks its name.

Available at all gigs - watch this space and online HERE 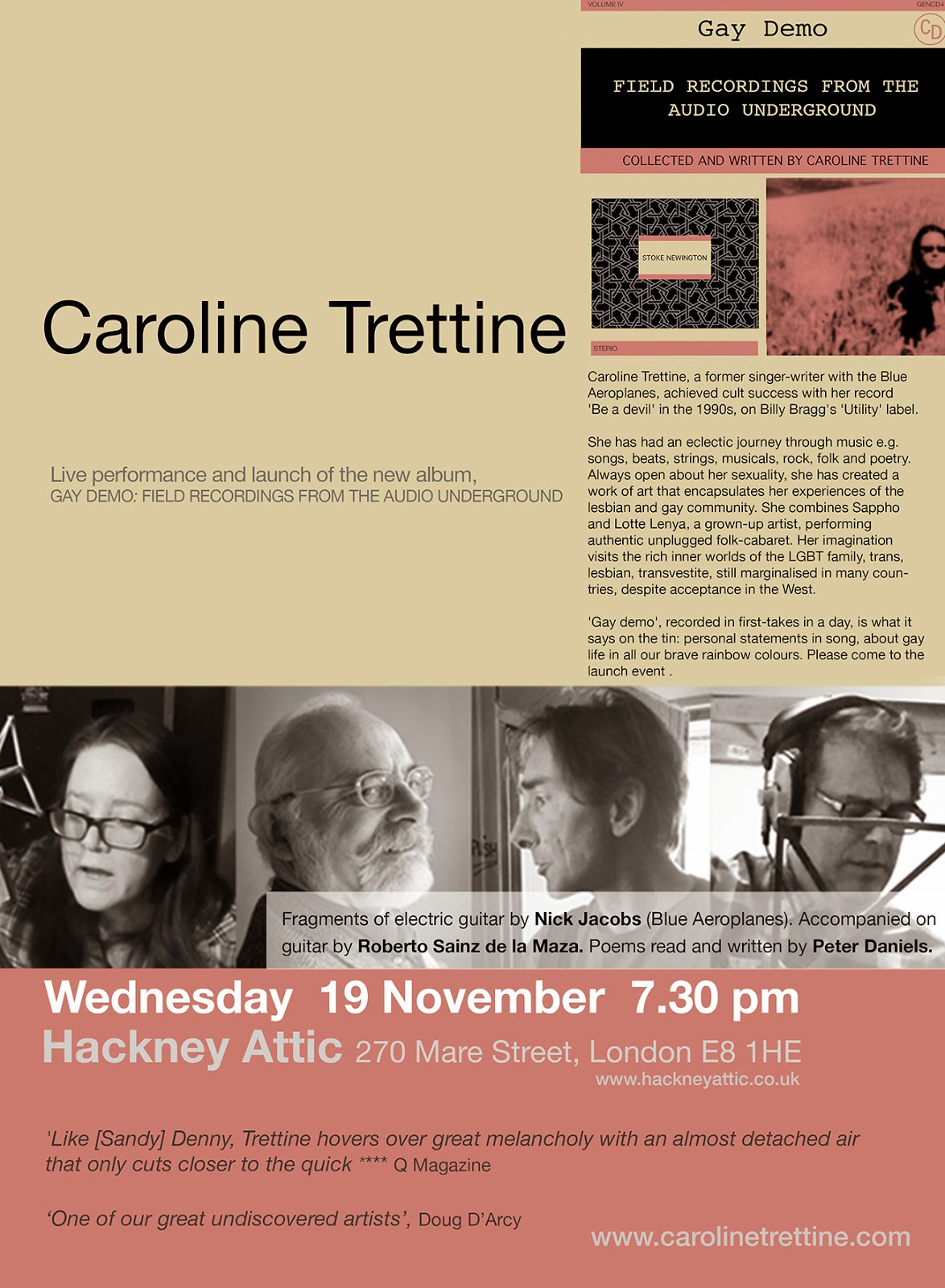