Outerglobe update: Outerglobe artists are excelling themselves on all fronts with highest level antics!

MOSI CONDE has his portrait (by Gareth McConnell) in the outstanding and celebratory  THE WORLD IN LONDON exhibition curated by The Photographer's Gallery with photos of 204 Londoners from every Olympic nation each by a different well known or  emerging photographer. Lifesize unique human imagery is in Victoria Park (til 12 August) and on the windows of PARK HOUSE, Oxford Street (just up from Marble Arch) til 30th August.
A great swathe of everybody! 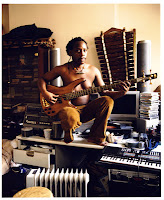 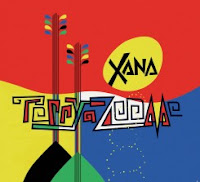 Mosi Conde joined 14 other London luminaries for an incandescent  re-envisioning of John Coltrane's A Love Supreme in Kings College Chapel a few week's ago,

Recently Terry Hunt of  Terryazoome was Cultural Co-operation's guest on Resonance FM on World City Live (as was Mosi and indeed as was I - links soon).

Yaaba Funk are in the studio preparing their eagerly awaited new album - after blisteringly brilliant appearances at Africa Oye and Soho's Floridita .. can't wait! They play the first event in the London Festival of African Music on 14th Sept!  Watch this space - subscribe even!

Juwon Ogungbe's Vocal Ensemble of Africa performed live on the very first flagship News Day on the BBC World Service and 300+ gospel singers will sing his latest commission as they welcome the Youth Parade from Coventry with Lady Godiva leading proceedings (well a sculpture!) Photos up of course!

Outerglobe.co.uk update for June and July .... so far with a glimpse even further ahead

Check back soon for a link to the MP3 of the interview I did with World City Live on Resonance FM on 4th July 2012! It was a blast -  I did enjoy and thanks to Ledi and Leanne for being great interviewers and to Cultural Co-operation for the opportunity!

TUES 10 JULY    YAABA FUNK have an entire show at
FLORIDITA 100 WARDOUR STREET, SOHO, LONDON W1F 0TN
Tickets are supposed to be £10 but if you  email OUTERGLOBE  quote YAABA FUNK SPECIAL DEAL you can have .... a special deal. You will receive an answer on Monday 9th July - tickets won't sell out as there are a lot of them so you will be fine ....  £10 normally £5 special deal   onstage 9.30pm