Ella Golt MFA SLADE has a great commissioned piece in this very interesting and prestigious exhibition .... 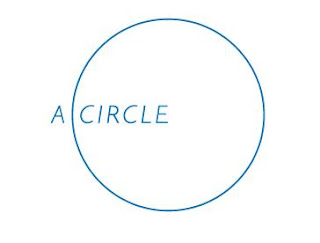 A Circle
Unit 12, Cargo, Hobart Street (off Millbay Road), Plymouth (PL1 3FQ)
Friday 16th September / 4pm – 8pm
Wednesdays – Sundays / 10am – 4pm
17th September -­ 21st October 2011
(also open by appointment via cometooursplymouth.gmail.com)
A Circle presents five artists who employ performative methods within their practice.
The artists explore notions of documentation, ephemera, and how to show live work within a gallery context.
The work shown will take the form of sculptural props, performances to camera, relics of performances, or live works or interventions staged at intervals throughout the exhibition.
The project examines existing, and aims to instigate new networks in which to discuss common creative concerns. The five commissioned works are informed by the artists involved, and throughout the works’ making, dialogues occurred between artists who may or may not have previously been peers. A shared interest in performance or a physicality of practice links the artists together.
A Circle investigates how peer groups come into existence, if networks are something that can be manufactured, and whether they can cross geographical boundaries.
A Circle have also commissioned a text work to accompany the exhibition by Ruth Buchanan.
Curated by Bryony Gillard and Beth Emily Richards as part of Come to Ours.
Bryony Gillard
Situated somewhere between performance, event, action, text and occasionally object, Bryony Gillard’s practice draws upon common social forms of interaction or traditional customs. Often working in collaboration with artists or individuals from different professions; she is interested in the notion of authorship, and in exploring methods of instigating a subtle or non-confrontational form of participation. Gillard is drawn to the possibilities of creating shared experiences, and to investigating how notions of decadence, frivolity and the inane can assist in tackling more serious issues within my practice.
Recent or forthcoming commissions include Exeter Contemporary Open, Exeter Phoenix, (Sept 2011), PVAC Associate exhibition, Plymouth Arts Centre (Sept 2011), ‘Welcome Drinks’ (performance) for SITUATIONS’ Nowhereisland launch (April 2011), Risk Assessment, View Tube Gallery, London (March 2011), Narratives 11, Cornwall (Nov 2010), Free School. Lecture Hall, London (June 2010). Selected (by Royal College of Art MA Curating Contemporary Art) as a speaker at Wysing Art Centre’s  Escalator Retreat (Dec 2010). Visiting lecturer – University College Falmouth (BA Performance) and the University of Plymouth (MA Fine Art) (2011).
http://bryonykategillard.blogspot.com/
Ella GoltElla Golt’s work playfully subverts materials and references, on a psychological quest for sense and order, through sculpture, drawing and video.
Informed by theatrical performance, utilitarian apparatus and decorative finery, she makes work that sits comfortably on the stage and stands in the gallery.
Experimentations between the life of a still object and one with a performative purpose, and the physical role of the body in performance, are themes explored throughout Ella Golt’s sculptural practice.
Born in London where she currently lives and works, Ella graduated from The University of East London, BA Fine Art in 2006 and from the Slade School of Art, MFA Sculpture, in 2009. Ella is a longstanding member of Albert & Friends Instant Circus.
Leah LovettLeah Lovett, born London 1983, lives and works in London. Leah works collaboratively to make performances, videos, installations and workshops which explore how people negotiate one another and create space through conversation, story-telling and incidental actions. She is currently researching for an AHRC-funded PhD at the Slade, UCL, using Augusto Boal’s concept of invisible theatre to investigate spatial politics.
Recent performances and exhibitions include 3°40’36.97″S 55°24’35.80″W for Solar Pavilion, Edinburgh (upcoming – August 2011); Burst: Diverse Universe, London (2011); Act II, Rhubaba, Edinburgh (2011); T.R.I.P.O.D at Cities Methodologies, Woburn Square, London (2011); A Solitary Occupation, Studio 106, London (2010-11); The Dreamers, Whitstable (2010); Testing Grounds, South Hill Park, Bracknell (2009). Leah has undertaken residencies with Lab29, Seoul, South Korea (2009) and Kilgraston School, Perth (2006-7).
Beth Emily RichardsBeth explores notions of the performer, macho and the absurd through her performative practice. Her work also addresses the veracity of the archive, particularly the role of lens-based media and documentation in live artworks. Beth’s practice draws upon ideas of heroism, attempting the impossible, and ‘hidden’ histories.
Beth is a PVAC artist associate, and is Co-Director of Project Space 11. Recent and upcoming projects include Live Traces, an online residency for the Central School of Speech and Drama (2011), The BRBG Advisory Service, at Hand in Glove, Bristol (2011); and The Handcuff King, a PVAC commission for the British Art Show 7 (2011). Beth has been a visiting lecturer at Plymouth College of Arts, University of Plymouth and  University College Falmouth.
Selina TaylorSelina Taylor (UK, 1986) lives and works in Brussels after two years studying an MFA at the Piet Zwart Institute, Rotterdam.
Selina Taylor examines the physicality of artistic practice from how we invest in our encounter with the performing body from the person watching to the artist in the work. She investigates what remains beyond the ‘Bohemia’ of art making in comparison to the convened spaces that ‘natural’ conversation and ‘collective’ art making in current discourse takes place and how this may be reconciled with the need to be physical and immediate.
In her practice every movement has a conscious purpose, which produces action that can quickly become a form of choreography or dance. Taylor’s current work relates to the politics of silence and the modes of learning in the act of exchange.
Posted by outerglobe.co.uk at 01:59 0 comments 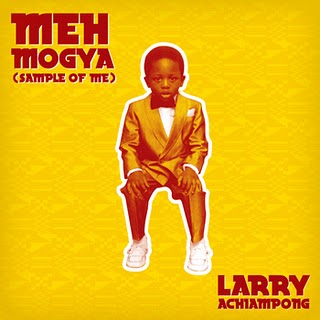 Larry's Sample of me website has all the news of Larry Achiampong's latest great artistic exploration this time taking the sound experience deeper still. Investigating navigating sampling and re-presenting sound as a heritage/legacy of his origins on Side A and side B is linked with work with students at City of Westminster Fresh Start sessions - creating their own 'sample of me '   .Intriguing and excellent wih a brilliant launch event on Wednesday 5th Oct at this excellent venue The Showroom  UP!!!!
Posted by outerglobe.co.uk at 01:50 0 comments